In case you haven’t seen, knitters all over the country are knitting bright pink hats for the march the day following the inauguration in Washington.  It’s part of the Pussy Hat Project, which proves, yet again, that knitters can creatively and respectfully voice their views better than just about anyone else on the planet. The verve of knitters has even hit the nightly news. One of my friends is marching and I am knitting a hat for her.  I dyed up the brightest, most neon, pink I could muster. 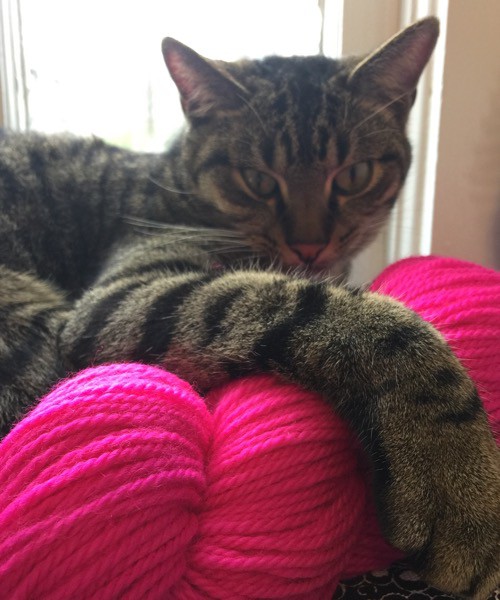 It was promptly claimed by one of our cats, Dingus, who became very possessive about it.  I managed to reclaim it and wind it into a ball.  Then, while I was distracted, this happened: 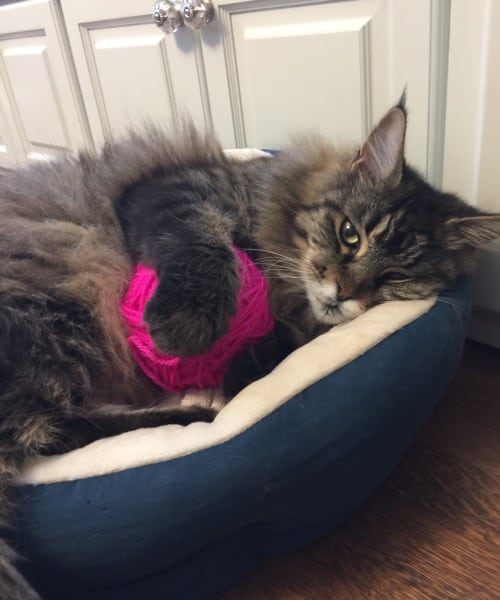 Harry is meaner than Dingus and has bigger claws in those huge paws.  There was damage done (to me) before I reclaimed my ball of yarn. I did not soak this yarn in catnip tea or anything like that.  I have no idea why it’s so attractive.  Typically, my haughty little tribe of cats won’t even dignify the leftover balls of yarn I make into toys for them with as much as a swat.  But, every once in a great while, a particular skein of yarn or a project catches their attention. I’ll have to be vigilant about knitting this when they aren’t around. 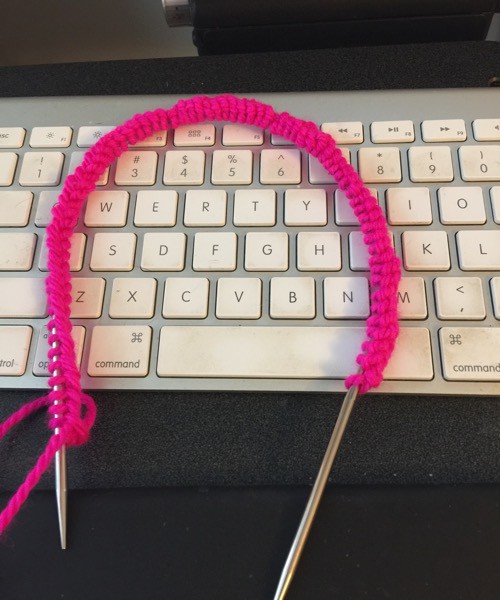 Maybe it’s the color they like so much?  Definitely, definitely pink.

We are waiting for snow.  Snow in Alabama!  Fingers crossed.  I think knitting is a good way to encourage it.

One thought on “A Very Pink Hat”