In the first week of the annual Elliebelly Knit Along, Adventurous April, I knit this Mirren Hat. 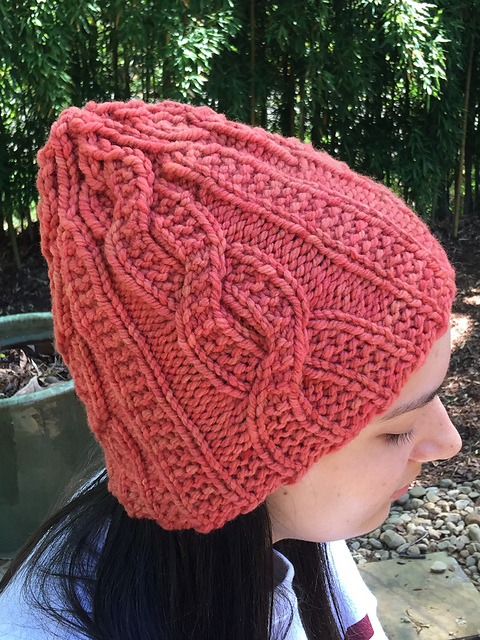 It’s knit in Elliebelly’s Talia Bulky Merino in the 20th Century colorway.  I think it still needs a pom pom, but couldn’t resist snapping a couple of post-blocking photos for you to see while I try and decide between a pom pom from the yarn the hat is knit with vs. using one of my Toft Alpaca poms to finish this one off.

Now I’m moving on to my Ceramic Flowers Cowl and will also do some work this week on a WIP sweater that’s part of my KAL goals.  I’m having some trouble with my right elbow — is there such a thing as knitter’s elbow?  It’s slowing me down at the moment in the most annoying way.  I hope it will disappear as magically as it showed up. 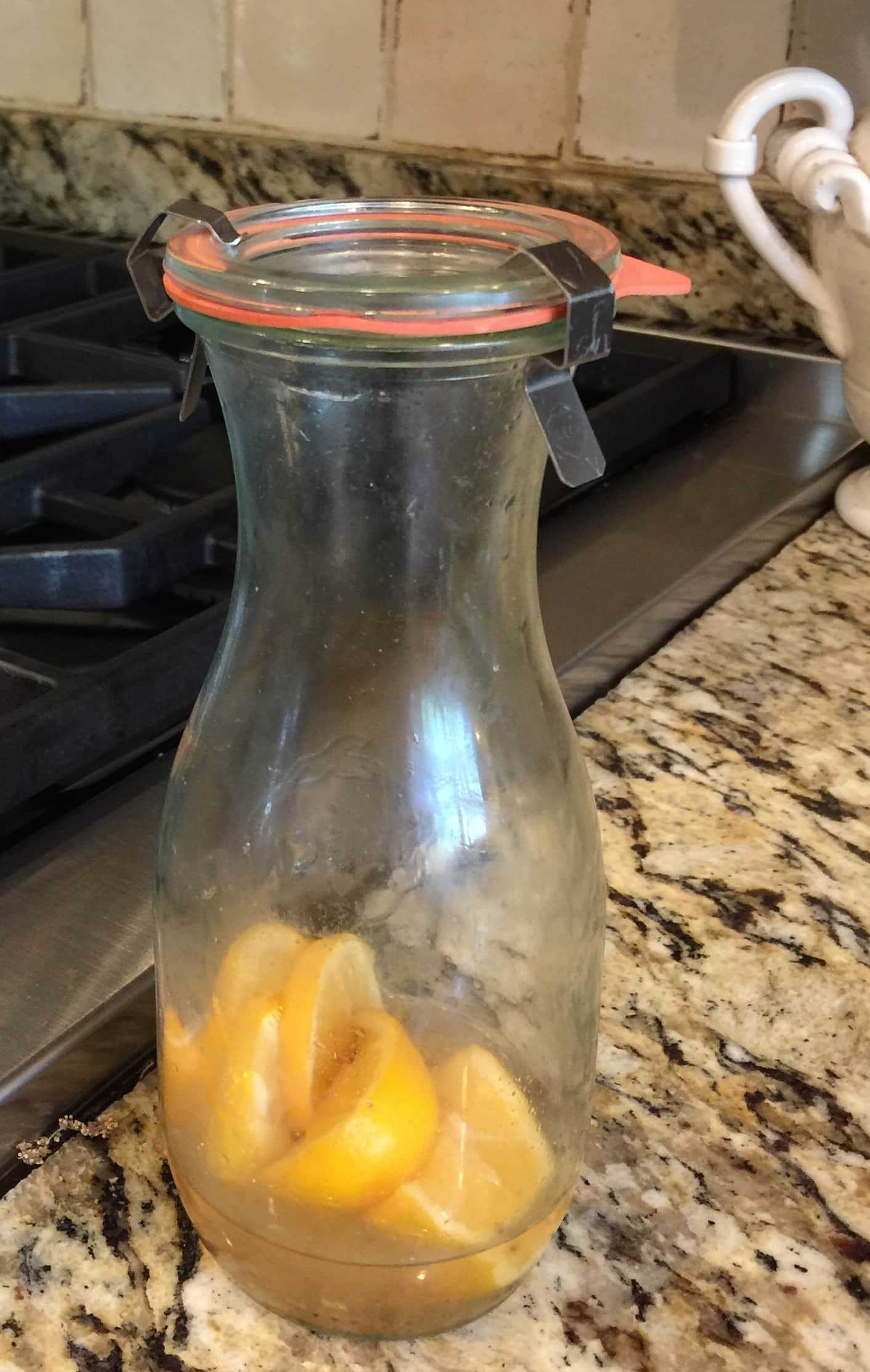 And what’s up with this photo?  It’s that time of year where a refreshing drink while knitting is very welcome. I mix up a batch of syrup every week and keep it in the fridge in one of my weck jars.  The basic recipe is 1C Water, 1/2 C. honey which you bring to a boil and stir until fully dilute.  Let boil for 5 minutes and then cool to room temperature.  As you can see from the bottle above, this syrup goes fast, even though I usually mix up several cups at a time.  In this photo, I added lavender blossoms from my garden to the syrup and poured it over a sliced Meyer Lemon before chilling.  I then use a couple of fingers of syrup diluted over ice in a glass that’s filled with either regular or soda water.  For an additional quick, you can squeeze a lemon or an orange and add the syrup to strained juice before diluting.  And, you can doctor the syrup with anything you have on hand.  I frequently use some sliced fresh ginger, and this morning, added some tumeric root and fresh strawberries into the mix.  I love to keep a glass of this alongside while knitting lately. 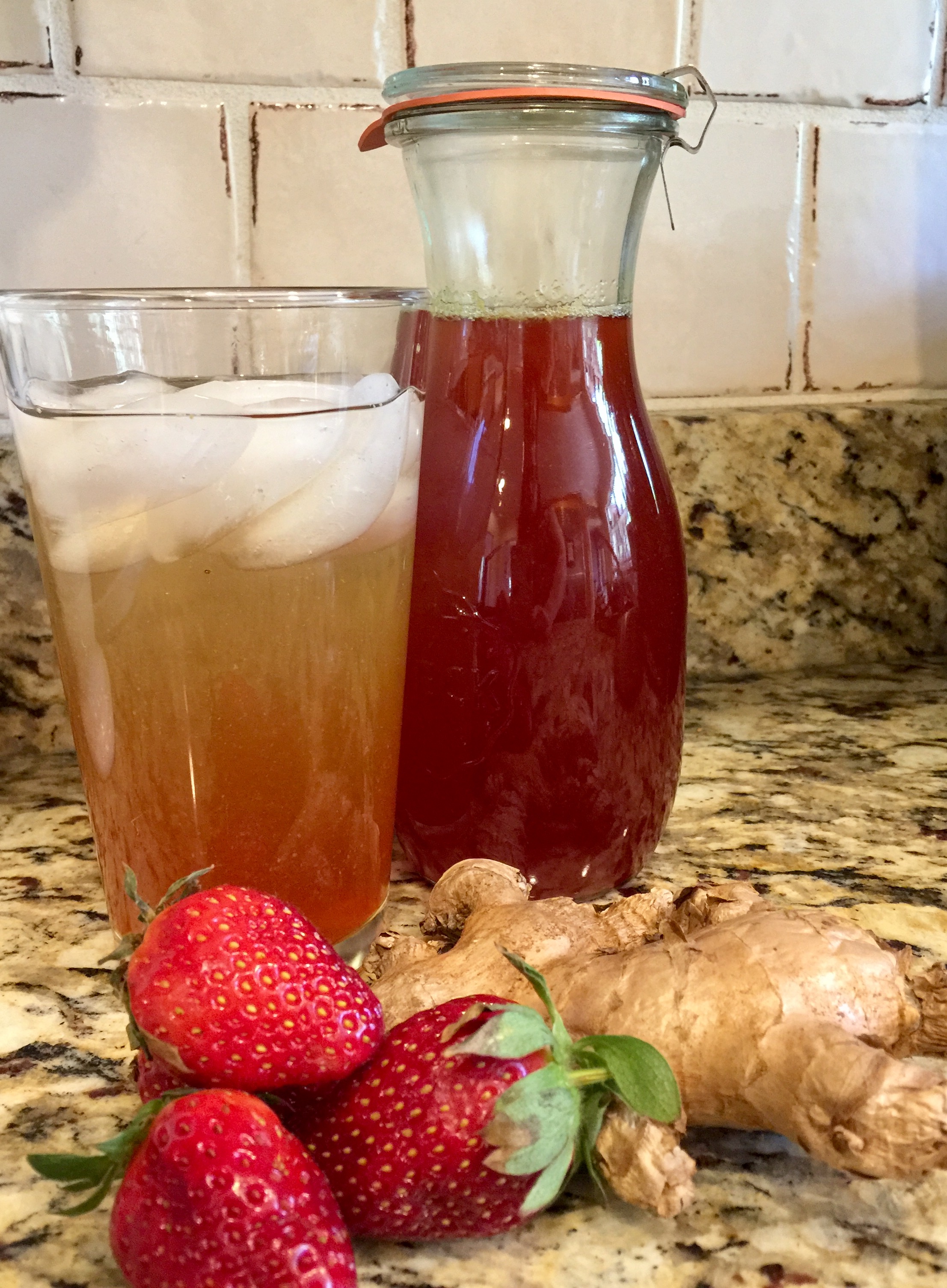