This week, I knit a hat without a pattern.  This isn’t something I’ve done before – I’m not crafty like that.  But, I’m in love with my newest Elliebelly colorway, Sorbonne (see this post), and, in the course of playing with it, I ended up with a hat. 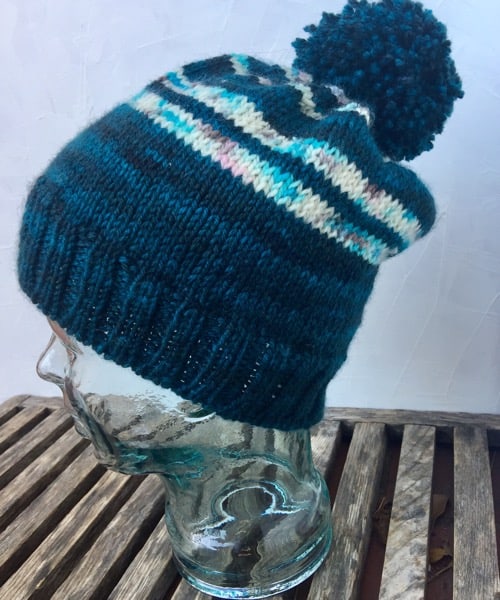 I started out with a tubular cast on, and since I knit with this yarn, Elliebelly’s Aran Blue Faced Leicester, a good bit, I knew enough about my gauge to feel comfortable going ahead without swatching.  Tubular cast ons always feel tight, and I was second guessing the stitch count I chose for the first few inches.  It looked small!  But sure enough, it looked better the further I knit, and now, with the hat finished, the size is perfect.  I love the tubular cast on – it has a professional looking rolled edge with no apparent beginning and it’s very stretchy. 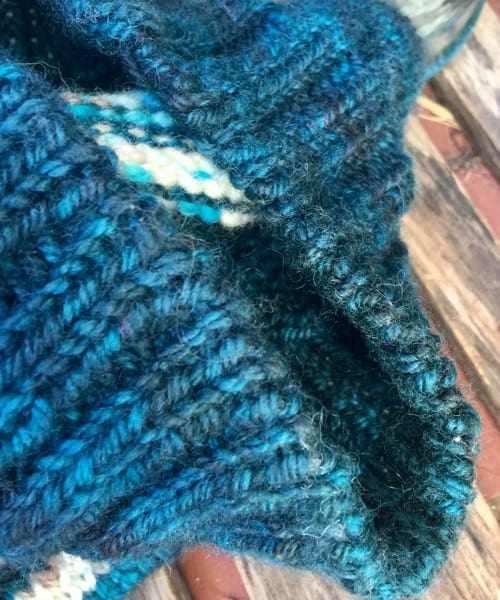 The tubular cast on starts with waste yarn.  I just happened to have a scrap of some farm yarn I had dyed in the “Little Girl in the Big City” colorway lying around that was long enough for a provisional cast on, so I used that. And, as I knitted the 2×2 ribbing for the band, I kept stopping to admire how nicely Sorbonne, the main colorway, set off the bit of Little Girl on the edge.  My original plan was to knit some arched cables all the way around the hat, and after sketching it out and knitting the hat about halfway, I realized I was still focused on how the two different colorways looked together.  There was nothing for it.  I wanted stripes.  So, I frogged back to the end of the ribbing and started back in stockinette, this time, with the addition of the stripes as I got about the halfway point.  No pattern, so I knit until I had just the pop of color I wanted from each of the stripes. 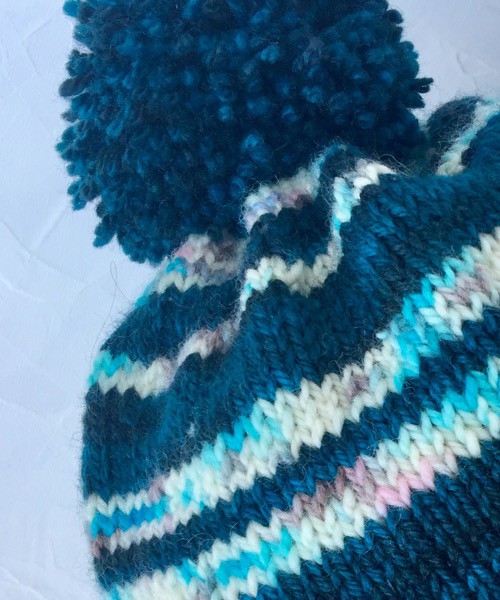 I did some decreasing at the top.   I started with 96 stitches, and used three decease rows, separated with 5 rows in between them, to get down to 50 stitches, with I threaded closed. With the addition of an oversized pom pom, my hat is complete. 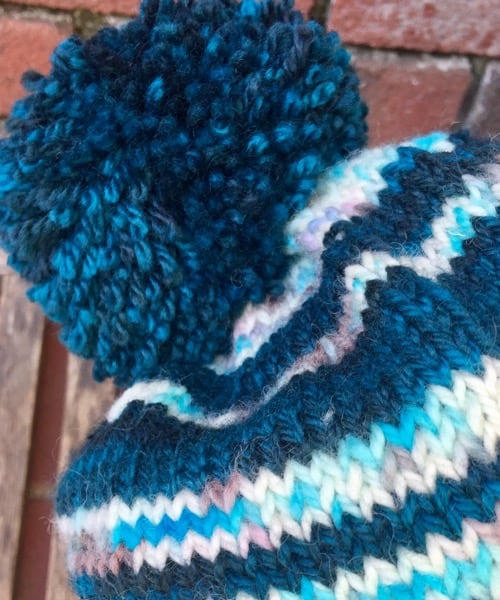