I'm going to need a hat to wear on my travels this spring.  I want something lighter weight than the hats I have managed to keep out of my children's greedy little hands and also a springy green color.  Since I didn't seem to have anything the fit the bill in stash, I dyed this. It's a new-to-me yarn, Kraemer's Maria, a 50% silk/50% merino blend with 225 yards in 100 grams.  The yardage and the look are both about right for me to call it a worsted weight yarn. For patterns, I'm still deciding between a Plum Tree Slouch 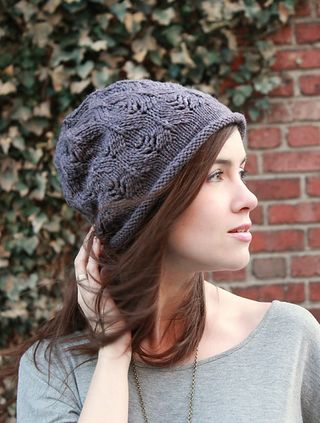 and an Irving hat. They are both tempting choices and I feel sure I'll end up knitting both of them.  The yarn itself seems to almost completely lack a Ravelry presence, so I'm knitting blind here.  But I tend to like Kraemer's yarns and this one dyed up beautifully, so I have high hopes.

A note about the dyeing process.  I like to apply color to yarn in layers, rather than all at once, to get more organic color variation in yarns that aren't going to be level-dyed a solid color.  This yarn was originally dyed a pale yellow and then overdyed with a blue that was a dilute almost-navy solution, before being glazed in a yellow-brown.  Although I'm often asked is glazing is worth all the work, there is no doubt in my mind that the same principles I used to use in painting collage backgrounds are equally at work in dyeing yarn, and there is simply no substitute for carefully applied layers of dye, each of which makes the final color full and rich. 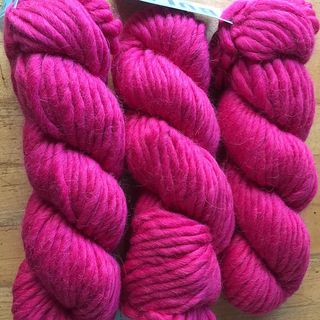