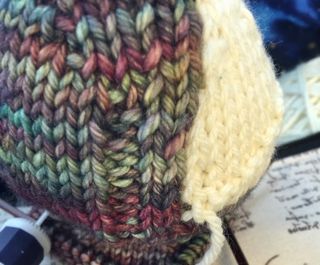 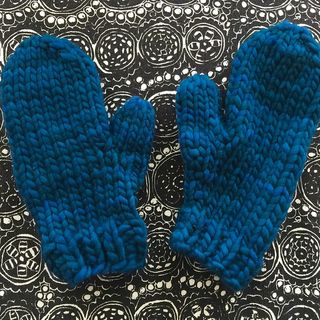 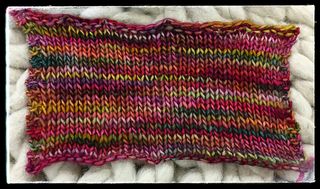 I don't knit a lot of sweaters, so everytime I do, I tend to see something new.

Modern Garden is no exception.  In this sweater, you knit the sleeves from the bottom row up to about chest high.  Then, you knit them into the body of the sweater, keeping up with the patterning on the sleeves and in the yoke (and remembering to place your buttonholes, which has been an issue for me on this one) and complete the sweater.

The sleeves are bulky and I'm knitting them on  DPNs, instead of magic loop because I don't have an additional circular needle in this size.  They were a little too cumbersome to take along with me on vacation, so I put the sweater aside and worked on hats while I was away. But I picked the sweater back up last night and am working on sleeves.  The first one is ready to incorporate into the yoke and my hope is to have the second one there tonight so I can put everything together and move on to the yoke next week.

And, a reminder.  We are starting a Knit Along on the Elliebelly Group on Ravelry on April 15.  You're welcome to join us — you can knit with any yarn you choose and there is no official date you have to finish by.  We would love to have you, whether you are a new knitter or a more experienced one.